One of the biggest challenges of building a company from scratch is the amount of work that lies ahead. Although not all of it is “tough work”, one of the biggest killers of startups is the inability to tackle all of the work that needs to be done before the cash runs out!

It is important to create relationships with other businesses before you can leverage their work.

To say this does not imply, being shady and leeching out info from others, or taking credit for other ideas. That’s just wrong, and it gets you nowhere. Actually creating cohesive honest relationships takes time. Its ok to reach out to others for help!

Here are some ways I have been able to build relationships and get some great business promotion in return:

When I first started my clothing company, I had a scrawny list of subscribers. I may have mentioned that before! One of the great suggestions a good friend gave me, was to leverage some hard work that has already been effective for others to build their audiences. I built a list of influencers who I decided I wanted to build relationships with. 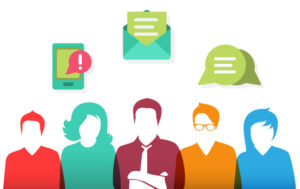 I looked for people who had the type of audience I wanted and those who could personally get value out of my content. I started to engage with them by leaving clever, conversation-provoking comments on their blog posts and sharing their content on my site. After establishing a relationship with a few, I asked if I was able to send them a blog post of my own and asked for their feedback.

Not only was much of the feedback valuable to me, but helped to gain us a ton of exposure to their audiences. The list they worked long and hard to obtain, was now following me, giving us tons of new subscribers and unique visitors. Score!

So that was a great example about using your own blogs to leverage other businesses.

Another way to get massive value is by leveraging the audience-building work other businesses have done by getting your content published on their blogs.

It might sound presumptuous and you may be shy at first but its really a similar ask as what we did before.

It is all about building relationships with influential bloggers, engaging in their communities and adding value however you can. Having something of value that others can use to their advantage will in turn gain you exposure!

I asked my friend in the cleaning business about how they have used guest bloggers on their websites. Not only did it build her audience, but she was able to network with other cleaning services like these in Chicago and New York City! Networking is always an invaluable tool. 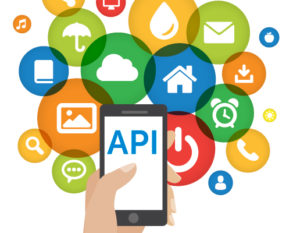 integrations because API’s are a fantastic way to let others do some of the work of making your product more valuable. These integrations help put your business in front of entire new audiences on an exponential scale.

Personally, I have also gotten thousands of trial signups from users that found us in our partners’ integration directories; another great way to leverage someone else’s work right?

Events are not the easiest to organize and they take time. There are thousands of moving parts, and a ton of planning that needs to go on behind the scenes.

But when they are successful, events can deliver a lot of value for audiences, and for the individuals and businesses who are there to engage with those audiences.

Events like doing talks and workshops – are a great way to leverage the work that the event organizer has done to engage with interested people.

Its All About Leverage!

As you grow your profile through channels like blogging, guest blogging and building high-visibility partnerships, you’ll begin to see opportunities come your way that let you leverage other people’s work that require very little work on your own. Things like interviews, quotes in news stories and blog posts, and speaking requests are very effective 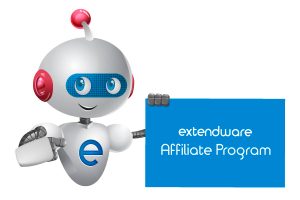 It’s not a quick hack and it takes a lot of work, not to mention it needs to benefit both parties. It means helping the other guys win, while scoring your own big wins at the same time.

Want to work closer with other businesses? Why not try Extendware’s Affiliate Program Extension for your magento store. Its a win win for both parties!